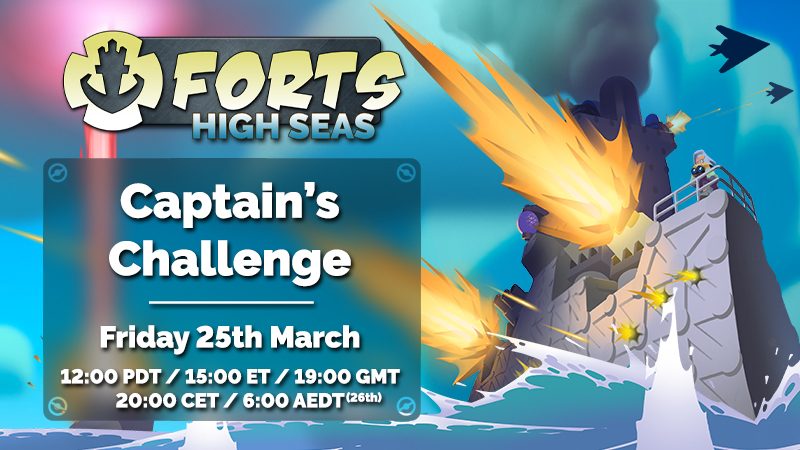 To celebrate the launch of the new Forts DLC High Seas we have invited Incursus and Frazzz to compete in a contest between Captains! Come along as they recruit sailors from our testing group to crew their ships. Then watch as the captains deploy their fleets against each other in a series of challenges armed with all the new content.

The captains will take turns challenging each other with scenarios and then it’s up to our testers to make it happen. Do they want a sky full of planes? What about endless deckgun barrages? Or maybe lasers from the sky cutting boats in half. If there’s something from the DLC that you’re excited to see, be sure to let the captains know in their respective chats.

Also joining us will be Bobereto and Noze, who just might be persuaded to hoist a flag themselves.

To be fought across both land and sea!

Looking forwards to seeing you on the High Seas,
EWG