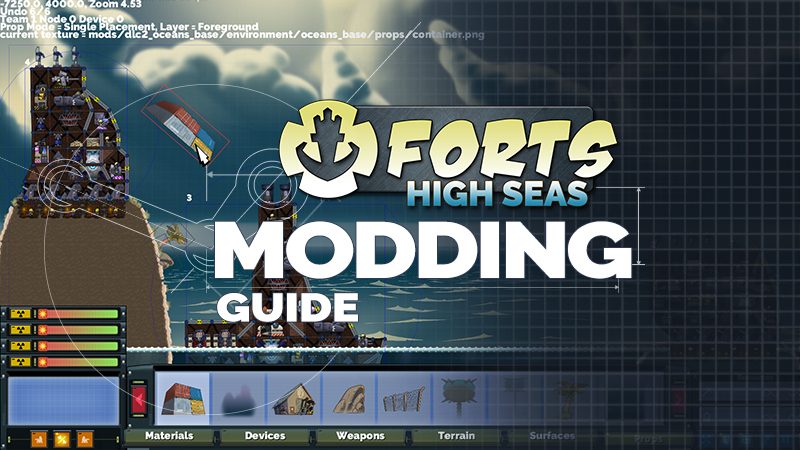 We hope you have been enjoying the new Forts High Seas content! We’re hot on its’ heals with a small update to facilitate the publication of a new guide to help all you modders out there who are keen to get to grips with the new High Seas features. We’ve also streamlined the medal system. Read on for more info…

To make creating naval maps easy, we’ve added the new dlc2_template map for you to copy and edit within the Map Editor menu. We’ve also touched up The Forts Map Editor guide with the details you’ll need to understand how they are put together. Look for the ‘Making Water Maps for High Seas‘ section.

Our new water-based DLC has a bunch of new features that modders can tap into: ammunition to change weapon behaviour, orbital bombardment, bomber planes, build queues, dynamic terrain and more! If you are interested in making mods using this new functionality, read our new How to mod High Seas guide.

The original modding guide, How to mod Forts, has been updated with new functionality that is not dependent on High Seas. The ‘Device Upgrades’, ‘Beam Configuration’, and ‘Moonshot Only Features’ sections have been modified. The ‘ApplyMod’ section has been renamed to ‘Post Processing: RegisterApplyMod’ and updated to reflect the current functionality. 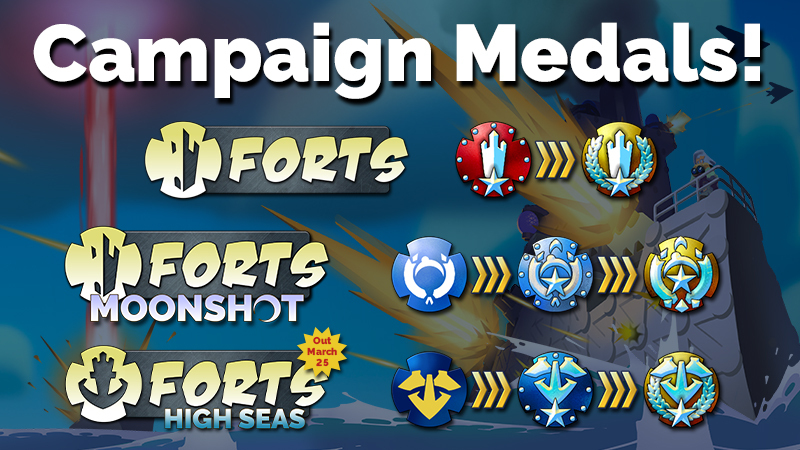 With a third official campaign recently added, we thought it worth rewarding those who have battled to the end of the campaigns. How it works is players who complete a campaign on normal or hard difficulty will have a ‘silver’ campaign complete medal added to their trophy cabinet and lobby name, effectively pimping out the existing DLC ownership medal where applicable. This will be blinged up with a ‘gold’ campaign complete version if the campaign is completed on normal or hard difficulty with all achievements attained. 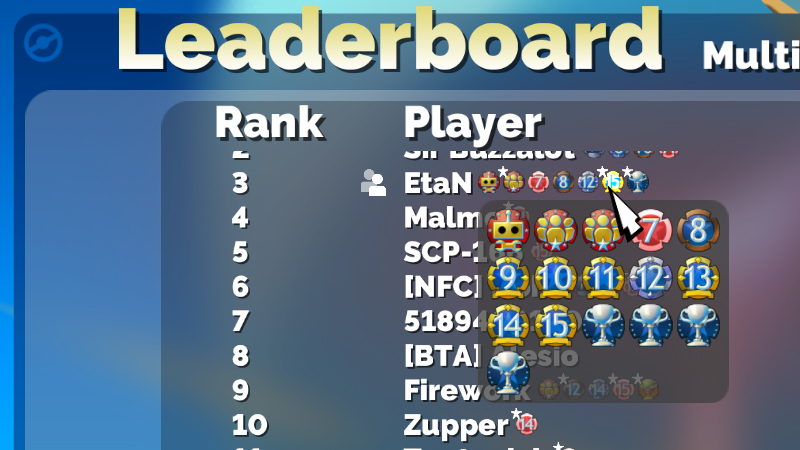 With the addition of new medals and some development bandwidth available, post-DLC launch, we have reorganised how player medals are displayed in the leaderboard and lobby screens. The way it works now is every unique medal type gets a spot next to the player’s name. If a player has multiples of the same medal a star appears next to the most recent medal of that type, with all medals appearing in the expanded view, as seen here with the illustrious EtaN’s collection.

Fix: (crash) weapons that change ammo type (beam/projectile) are not restored correctly because current ammo has not been restored yet
Fix: (crash) when showing weapon context menu and ammo type has no devices
Fix: (orbital laser) can’t fire projectiles due to failure of trajectory resolution (add: FIREFLAG_DIRECTAIM)
Fix: (orbital laser) duration is not following the configuration
Fix: (The Coming Storm Pt2) no win when player has no propellers left, ship movement stalls and is past the buoy
Fix: (Sinking Nemo) rearmost sub becomes active during second cutscene
Fix: missing translations for some high seas campaign weapon unlock banners
Fix: non-consume ammo shows count
Fix: queue context button shows even if all ammo types are non-consume
Fix: when adding ammo to a weapon without ammo from a device, the default ammo context button uses that of the new ammo type
Fix: bad references to moonshot campaign and cutscene music
Fix: players medals can bleed over other columns in chatroom if they have long names and/or lots of medals (limit the number of medals shown)

Improve: updated ranked pool to indicate which seasons each were in

Thanks for playing Forts!
EWG