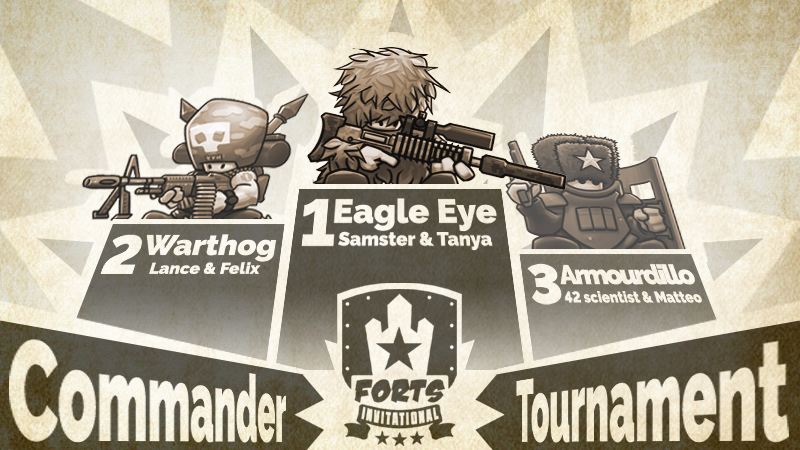 On Sunday night we hosted the Forts Invitational Commander Tournament. Renowned community members partnered up to take each other on in a double elimination knockout competition. Each team committed to competing with a single commander throughout the tournament, to see which of the recently updated characters would come out on top.

After sixteen punishing battles expertly called by Incursus, Synergy and Nozehed, we had our champions. Congratulations to Samster Birdies and General Tanya, who took Eagle Eye to victory against second place Lancenshield and Felix, playing as Warthog. Matteo and 42 scientist’s Armourdillo came in a valiant third.

Thanks go to all the competitors for their participation in the tournament and help with the commander update. Big shout out to Incursus and Synergy for their casting and commentating contributions, and to 42 scientist for helping us with the smooth running of the operation behind the scenes.

Missed the action? No problem! Catch up with these links:

If you haven’t already, sign up to the Forts Official Discord to join our growing community of friendly, helpful and knowledgeable players and raise your game.