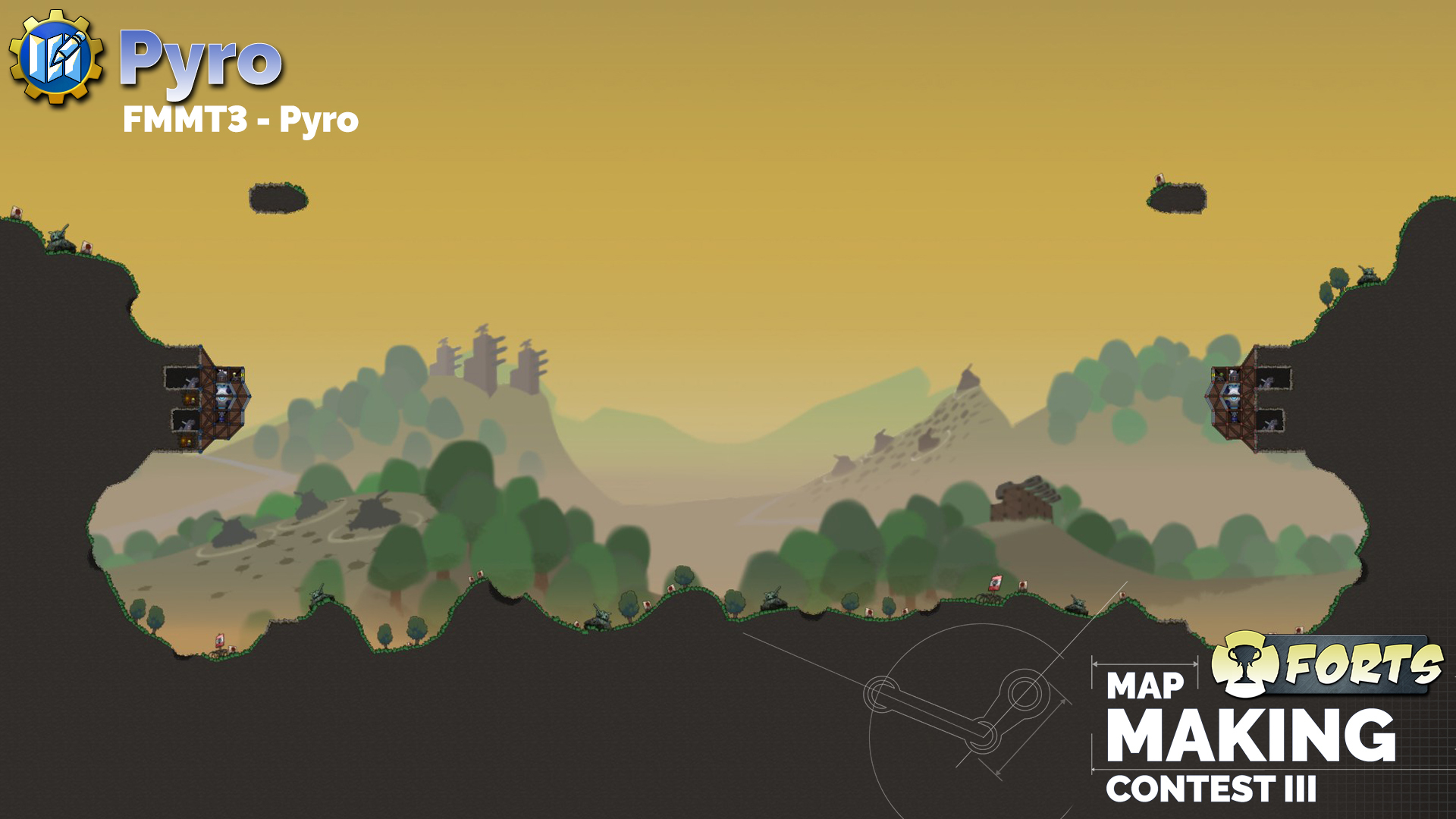 With so many quality submissions our judges were hard pressed to select 10 finalists. Their task became no easier trying to narrow it down to a single winner. In the end one map did manage to resonate with all of our panelists. To set the scene, two bases clinging to the hillsides overlooking a field of abandoned tanks amidst a landscape scarred by explosions. Pyro’s map tells a story of battles past and battles yet to come.

As the winning map it qualifies for entry into the ranked map pool for the upcoming Season 15. 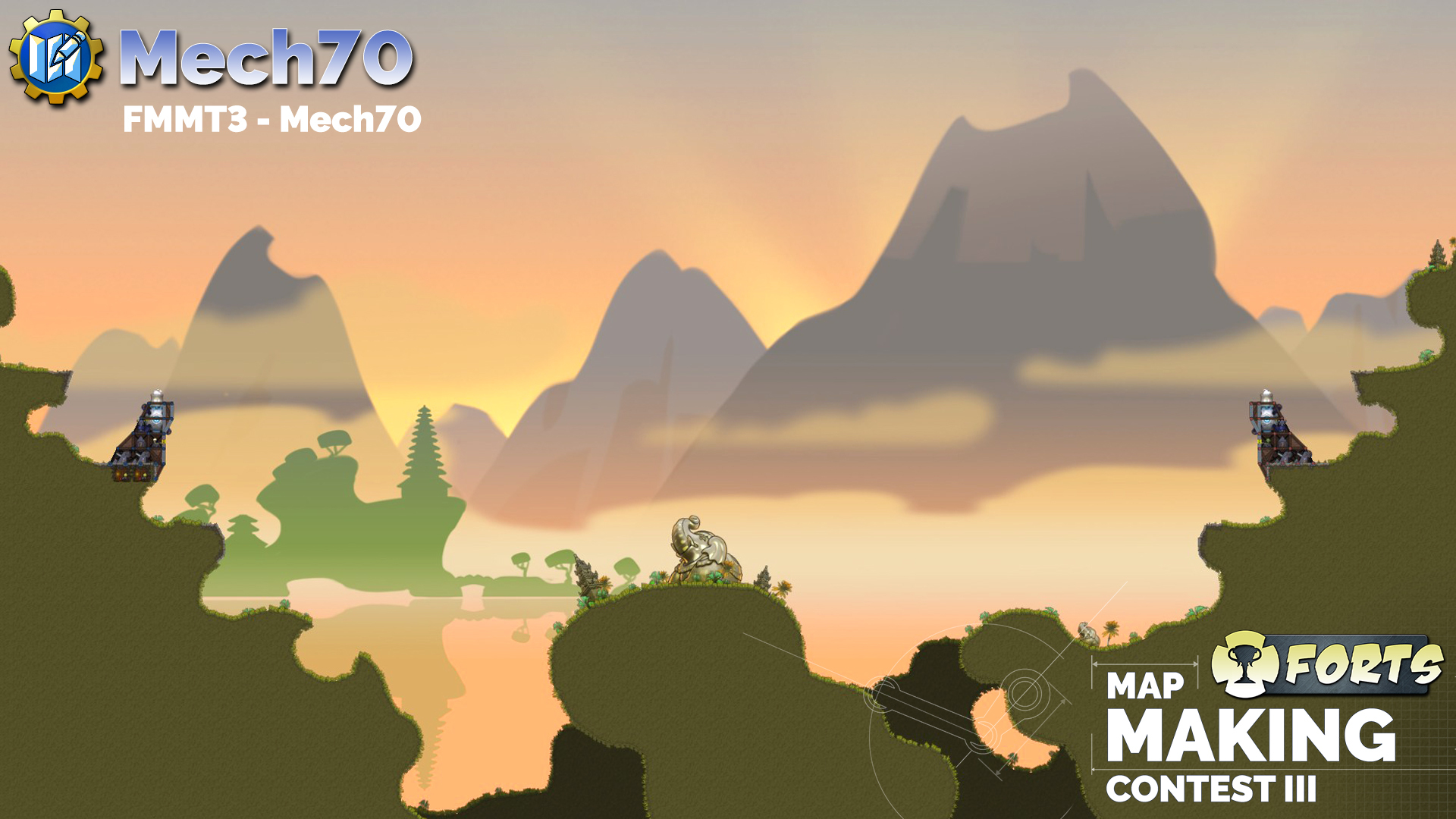 In second place Mech70’s beautiful design also produced one of the best showcases of the event. We highly recommend watching the replay currently available within the featured tab. The match was so compelling even the judges occasionally got lost in the action. For a map vying to become the next addition to the ranked pool this is high praise indeed. Allowing the players and their skills to shine is the goal of every ranked map. It also by far made the best use of an elephant out of all the submissions.

Our judges may have struggled to pick a winner for ranked but had no reservations awarding this map a place within Forts’ list of included maps, available within the From Scratch tab. 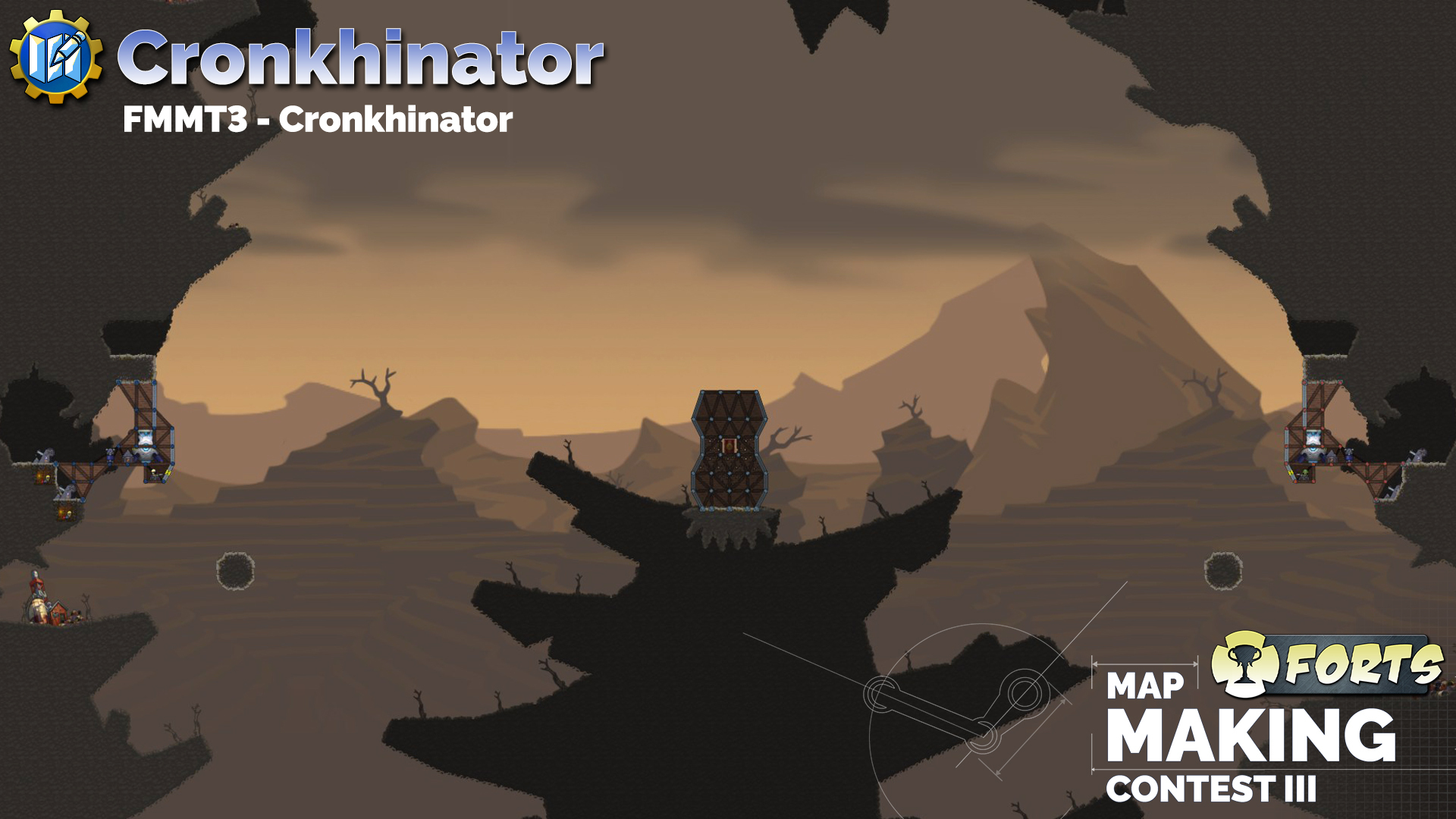 And in third place we have Cronkhinator, winner of the previous Forts Map Making Competition II. Cronkinator set out to create a spiritual successor to Skylands, keeping the variety of attack angles and the featured center obstruction, but with more immediate action and quicker resolutions. That proved to be the case in the showmatch as an attack from an unexpected direction quickly proved decisive.

Cronkhinator’s crevice themed map was also selected by the judges to be included in the general map list. Making it the second map from Cronkhinator to earn a place in Forts, alongside his winning entry from last competition, Desert Ruins. 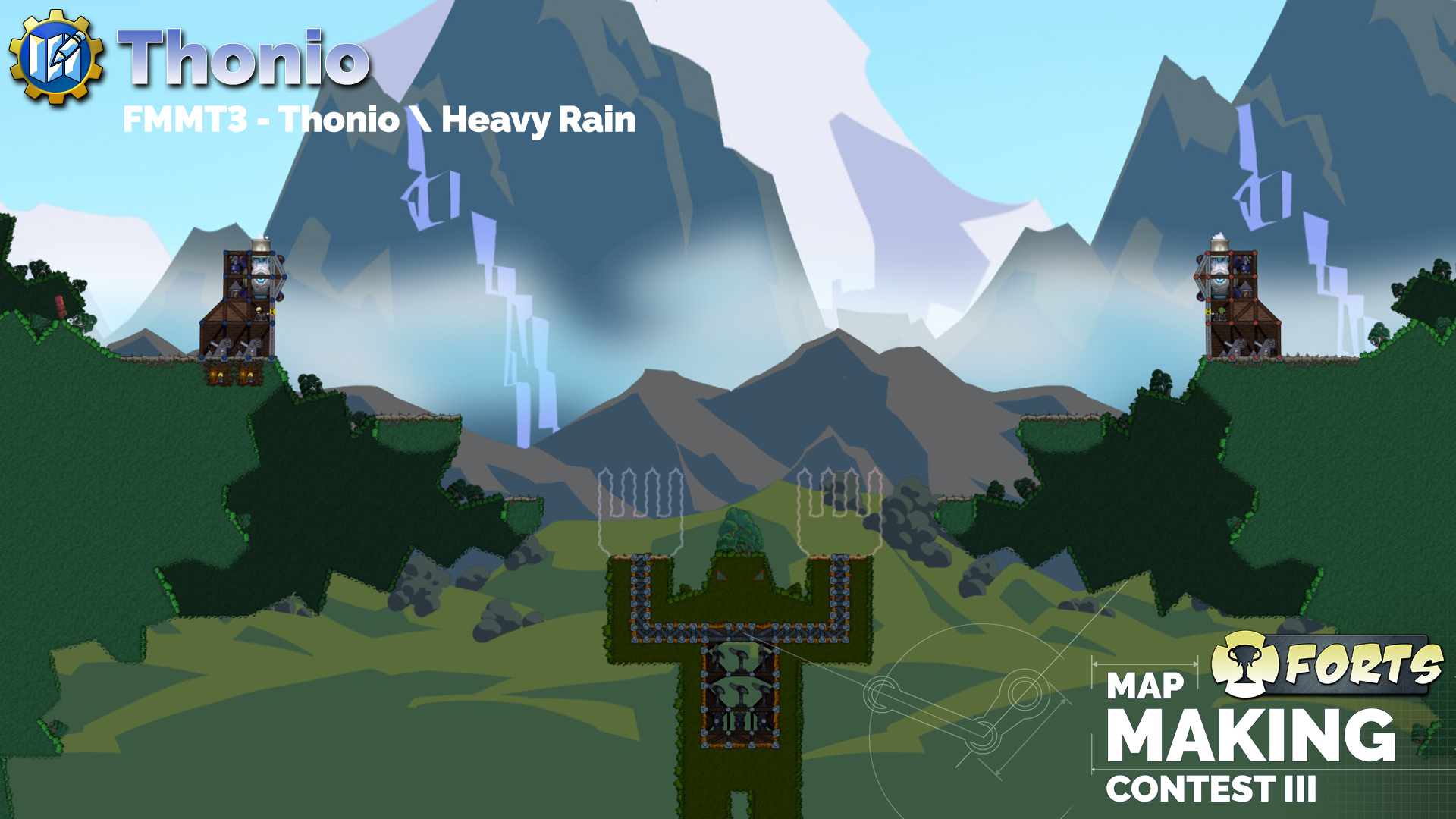 We would also like to highlight two maps in particular that went to extraordinary lengths.

Thonio’s Skylands replacement Heavy Rain was a tour de force of scripting and map design. There absolutely will not be any long, drawn out stalemates on this map. It featured several innovative mechanics and represented an enormous amount of work. It did find itself somewhat ill-treated by our map testers, all top ranked finishers from last season. As ranked players do once they were unleashed upon it they scoured it to find every possible way to secure an advantage over their opponents. 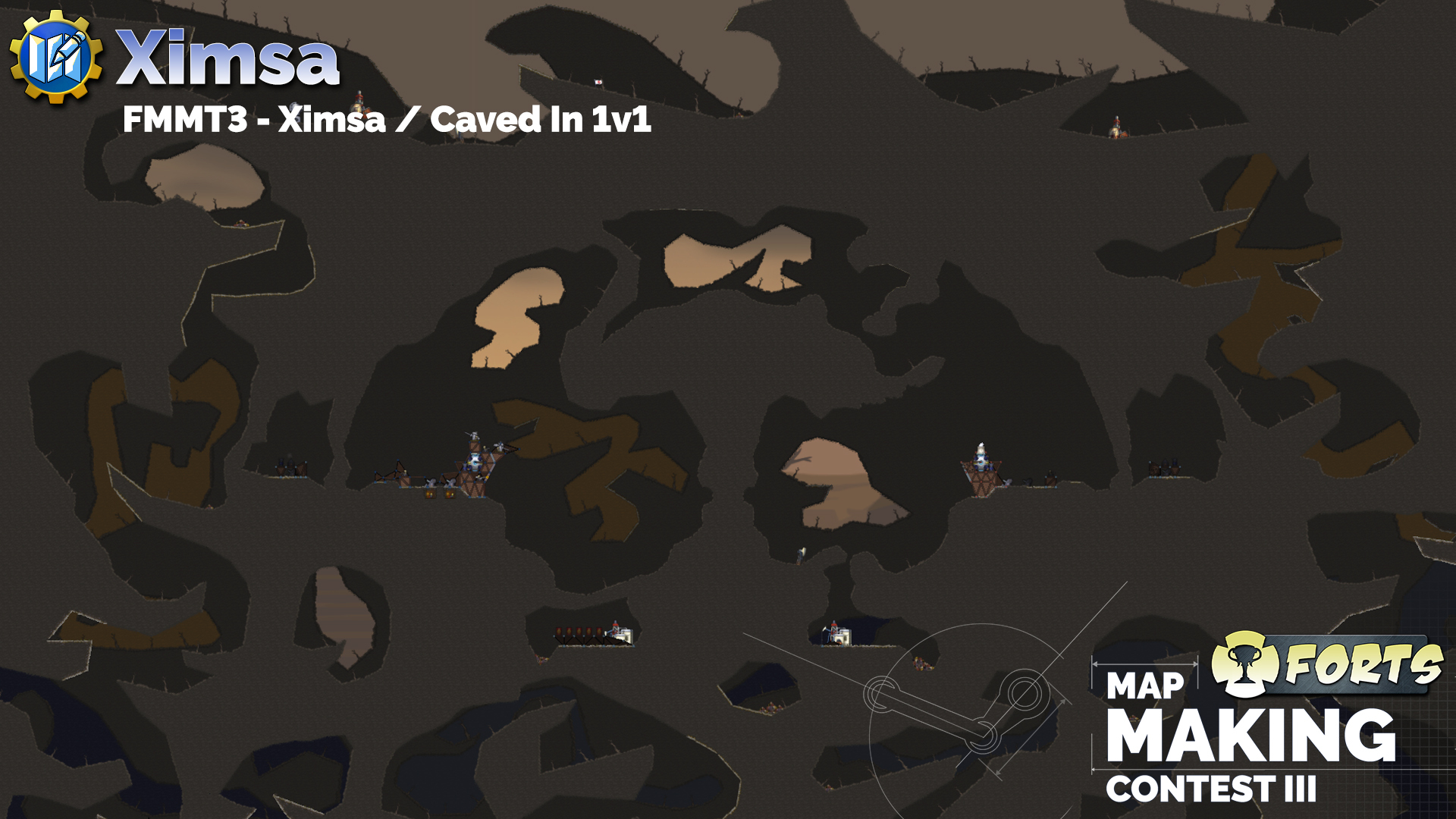 Ximsa’s subterranean battleground separated the players with destructible terrain. Oft mentioned in Forts lore it has long been a requested feature. It opens up a world of new possibilities. However, the processing demands proved too much for some participants to handle. We look forward to seeing what further optimizations and refinements can be made.

Thank you to everyone who submitted a map and we wish you the best of luck in future competitions. Every competition the bar continues to rise and so many excellent maps are being produced. Forts just recently surpassed 15,000 maps on the Steam Workshop, here’s to 15,000 more.

Thank you also to our showcase players, Etan, Matteo, Firework, Geiger, KillerGruetze, Teutonick and Noha for field testing the maps live on stream.

And to our hosts and judges, EWG developers Blammo and Noze, streamers Bobereto Gaming and Project Incursus. Recordings of this event can be found on their channels.

If you haven’t already, join the Forts Official Discord server to find these and other maps and for more information on mapmaking, modding, strategy, and upcoming events.

In honor of Skylands, enjoy playing on these amazing new maps!