Can you believe we’ve been updating Forts for 4 years? Yes, in just 10 days it will have been 4 years since launch. Our passion for this game hasn’t waned at all. If anything, watching the dedication and creativity of our players has spurred us on. We continue to patch issues big and small, and add features as we can.

Out gratitude goes out to Daniel Rusnák for providing a complete translation of Forts into Slovak. This is no small feat as there are an estimated 15,000 words in the base game, the Moonshot DLC, and various associated Workshop items. Not even including the Store pages. Welcome to any new Slovakian players, and join us in thanking Daniel.

For the recent Forts Map Making Contest II we promised immortality by including the winning map in the game. More importantly, the ranked multiplayer map selection! The talented map maker who won was Cronkhinator, with his map ‘Desert Ruins’. Congratulations, Cronk! 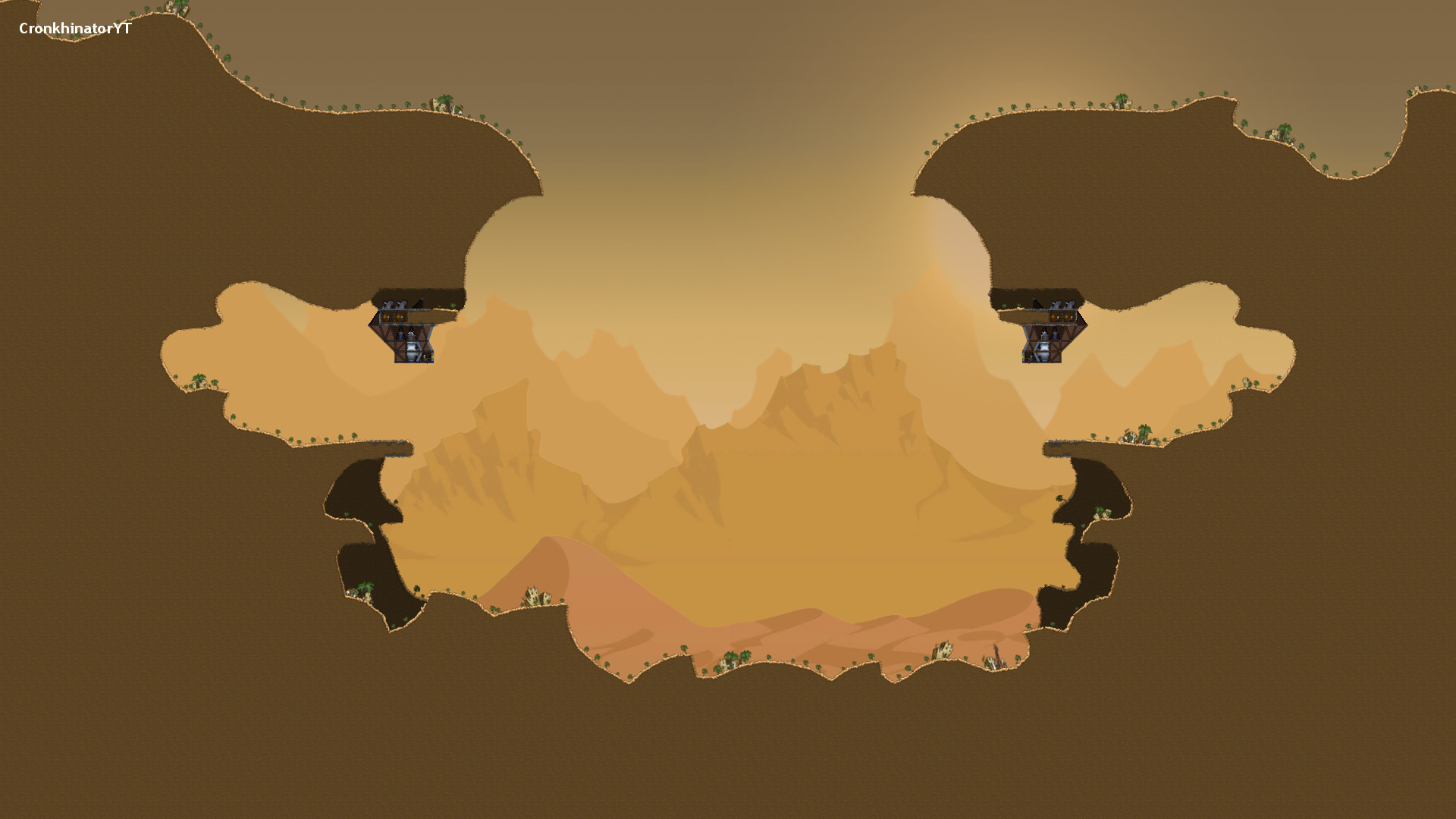 Some players will enjoy the new convenience of associating Forts with replay (.fwr) and map (.fwe) files, and those sensitive to bright light are now able to disable the full-screen reactor destruction flash.

There is a long list of improvement and bug fixes, plus a few essential balance updates. Several exploits have been closed, such as being able to charge your commander by destroying your own weapons. A few long standing crash bugs have been addressed, especially in relation to mistakes made by mod authors.

The full patch notes are below for your interest. As always, have fun and thanks for playing.

Fix: when out of focus for a long time, simulation can freeze or structures have extreme distortions
Fix: projectiles can slip between two struts to escape particle accelerators and structure in general
Fix: device positions are not set when loading a map in the editor
Fix: (missiles) when target is close, clearance can be too short and the projectile can turn into the fort
Fix: (Fort Worthless) 2 cannons can be fired to satisfy the 3 cannon group fire objective
Fix: upgrading a master weapon doesn’t update the icon in the group tab
Fix: aligning solid struts with a pass-through portal allows you to create a one-way barrier
Fix: commanders can be charged by reflecting buzzsaw up into own backbracing
Fix: (Buzzsaw) ray damage doesn’t apply to the strut the projectile lands on
Fix: (Pyromaniac) dropping your own cannon achieves the objective
Fix: (Scattershot, tutorial 2) trajectory preview is obscured by background terrain and structure
Fix: (Shockenaugh) barrels dropped outside of world charges self
Fix: (Warthog) double howitzer shot possible when firing through a firebeam close to weapon
Fix: (Buster active) depleted uranium rounds do not pass through devices as intended
Fix: (Firebird active) mortar and sniper trails are not updated
Fix: (Phantom) when connected to a mutual (neutral) structure via ropes, the neutral and connecting team’s structure become invisible
Fix: targeting laser can be swept rapidly to obscure target
Fix: weapons are over-damaged, charging the commander excessively
Fix: shooting own weapons at devices charges commander
Fix: when players rejoin during a game they are not on the team they left on
Fix: players can change to observer after start when lock teams is on
Fix: password entry on join has no length limit
Fix: devices can be placed such that corners of them protrude beyond solid structure
Fix: (ai.lua) SetGroupingAffinity causes error in absence of GroupingAffinity table for saveName
Fix: AI fires howitzers together, damaging itself
Fix: using the incorrect case when forcing mods on in a mission script can cause errors (e.g. Weapon_Pack)
Fix: crash when trying to connect lobby via invite while in offline mode
Fix: crash when auto-AA targets non-missile shootable projectiles
Fix: material context menu buttons remain enabled when the selected strut is too short or too long
Fix: crash when rolling over the context button of a weapon which upgrades to the opposite inversion type
Fix: crash when deleting multiple replays
Fix: audio effects without a corresponding effects file were ignoring disabled audio sfx option
Fix: spamming non mesh projectiles in particle accelerators can freeze game
Fix: lobby list scrollbar overlaps player ban history
Fix: CreateLink & DestroyLink can be called during EnumerateLinks, causing a crash
Fix: EnumerateLinks can be called recursively
Fix: mDesiredFireAngle not set for devices
Fix: when device platforms are destroyed the device goes neutral before destruction in the next frame
Fix: turbines at device index 0 do not have their efficiency updated
Fix: (Pinchfist) Buzzsaws can be reclaimed for the full metal value
Fix: (Hurricane active) weapons reloading when activated don’t reload any faster
Fix: writing past buffer with more than 9 AI teams
Fix: AI can fail to launch missiles due to excessive clearance
Fix: scrollbars don’t update properly when the parent clears items or resizes
Fix: lobbies are added to the listview when the banned text panel is currently visible

Add: ray damage stops when it hits a material which takes no damage
Add: projectile_wireframes line effects to show where ray damage is being applied and stopping

Fix: when damage multipliers are applied to the projectile’s damage it can continue due to rounding error
Fix: player 2 can suggest mods in ranked
Fix: Chinese translations