G’day Forts Fans! We hope you’ve been enjoying the new weapons and mods. This weekend we will be in Melbourne for PAX Australia. We’re lucky enough to have been selected for the Indie Showcase, and have been nominated for the Australian Game Developers Awards. We are also part of Pinny Arcade, so if you’re in town be sure to head to booth AIS05 and say hi! 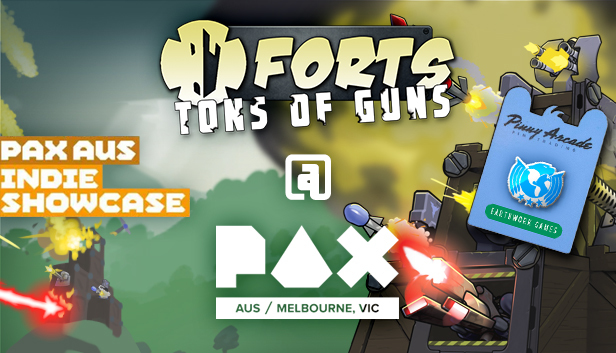