G’day Forts Fans! After some delay, we have our sixth Forts Supreme Champion. The NA and EU brackets had been played out in fine style, with T1meToCaRRy blasting his way to the finals in the EU bracket, while Balrock crushed the competition in the NA bracket.

The two came together this weekend past to face off in the best-of-five series. It was a tough and damaging sequence of battles, with the mortar at the center of the carnage, but eventually Balrock came through to claim the top prize. As well as keys, he will receive the black and gold champions tshirt, with runners up getting a Forts commander promotional tshirt. 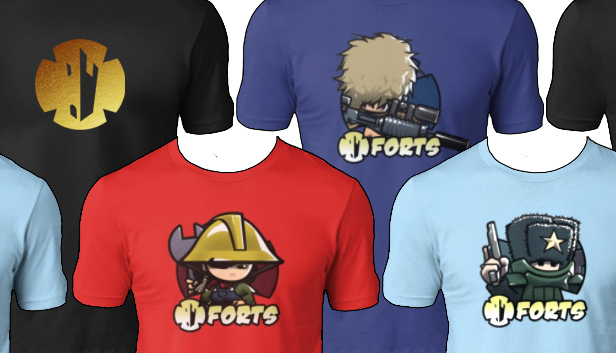 If you’re keen to watch the finals action, or pick up some strategies, jump over to Quxzcover’s YouTube Channel.

Thanks for playing Forts, and if you want to join in on the next tournament (this time featuring commanders), or just get involved with and battle other members of the Forts online community, head over to the Official Forts Discord server!