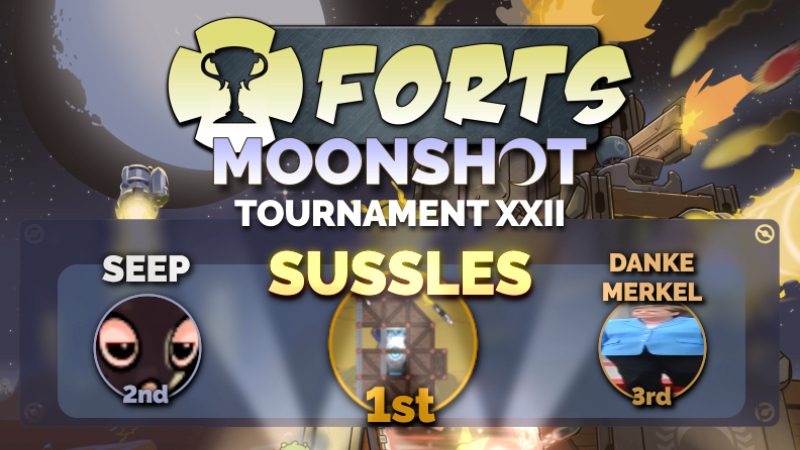 Congratulations to team Sussles, winners of Tournament XXII! With qualifying over, the FPL invitees showed their strength as both teams made it through to face each other in the finals. Former 4v4 teammates in Tournament XX, Sussles (AlexD and Firework) faced off against Seep (EtaN and Matteo) in pairs this time to determine the winner. Sussles proved victorious in dramatic fashion, coming down to the very last second in sudden death to claim the spectacular upset.

The overall level of competition was markedly high despite one team being forced to withdraw due to scheduling conflicts. The remaining seven teams produced amazing matches and debuted newly innovated strategies. Third place finishers Danke Merkel in particular showed off a devastating magnabeam build along with the most intricate tech sharing seen in any tournament to date.

If you enjoy high level Forts we highly recommend watching the replays, now available from the Featured tab of the Forts Replays menu. Watch the builds step by step and see the level of coordination on display as the teams execute. Also track their resources live, courtesy of Ximsa’s Observer tools.