This year’s festive update is rolled into one of our regular Forts updates. Once again, we have updated the game with limited time holiday features. Returning are the re-skinned front end, holiday jingle and baubles, and festive tech buildings. New this year is the appearance of Santa hats on gunners, and machine guns, miniguns, 20mm and cannons that fire snowballs!

[hr][/hr]
Moving on to the update proper, we have made some interesting commander balance changes, as well as the usual fixes and improvements. Read on to find out which active and passive abilities have been updated.

Traditional Chinese is now supported, and characters from all languages are always visible. No more walls of question marks! Player names are shown in team colours in the lobby and console. Audio in video recordings is now functioning without Stereo Mix, and the compression and other parameters can be edited in data/db/constants_user.lua. For those having trouble with Alt + Tab, it should work now. There’s also an option in the Video tab to minimise Forts when inactive. 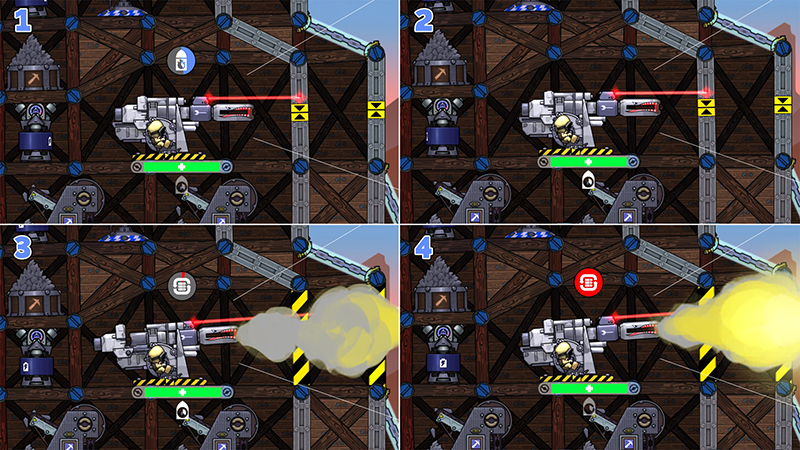 Active 20mm Cannon fires 5 projectiles at a time. Spread can be determined by proximity of cursor to weapon, the closer it is, the greater the spread.

Improve: (Orbital Laser) direction of sweep is taken from direction of projectile rather than weapon
Improve: (Runway, Runway2) can be grouped
Improve: (shrapnel) configuration doesn’t depend on machinegun projectile
Improve: (Spook) initially targets the first fort horizontally opposite by default and will retarget when a player is defeated
Improve: (Tutorial 2) add a flashing effect to damaged struts when awaiting repair
Improve: capability for weapons to have no queue mode, or for their default to be a specific ammo index
Improve: characters from all supported languages are now displayed in chat
Improve: move video recording parameters from constants.lua to constants_user.lua
Improve: reduce default bitrate of video recording to 1000-4000kbps to reduce file size
Improve: script function documentation regarding block index
Improve: terrain checksum includes all water levels
Improve: update Steamworks SDK from 1.34 to 1.55
Improve: when connecting to a neutral structure doors are automatically closed

Make Sure To Join Our Discord

If you haven’t already, join our Forts Official Discord server to connect with other players, share strategies, create maps/mods, and receive advance notice of upcoming events.