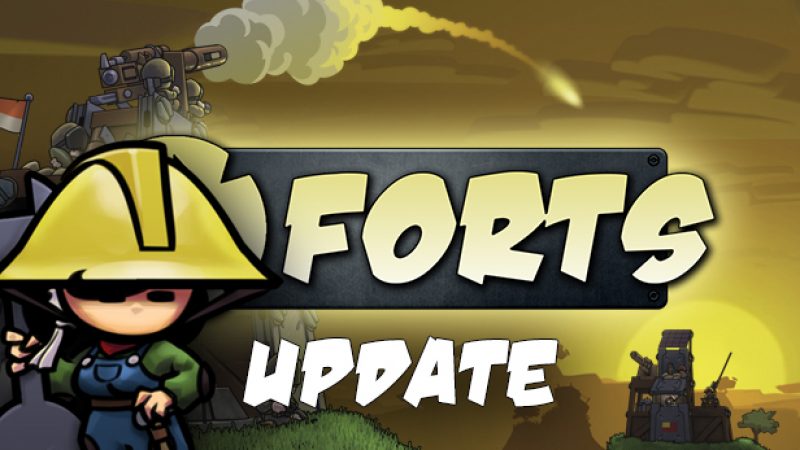 G’day Forts Fans! This update brings a new map to the rotation: Ledge Grab. This 1v1 map has twin reactors in each fort, so you might be able to stage an unlikely come back! There have been a bunch of fixes and improvements for existing maps, as well as several bug fixes. Optimisations should see frame rates and loading times improve for some. 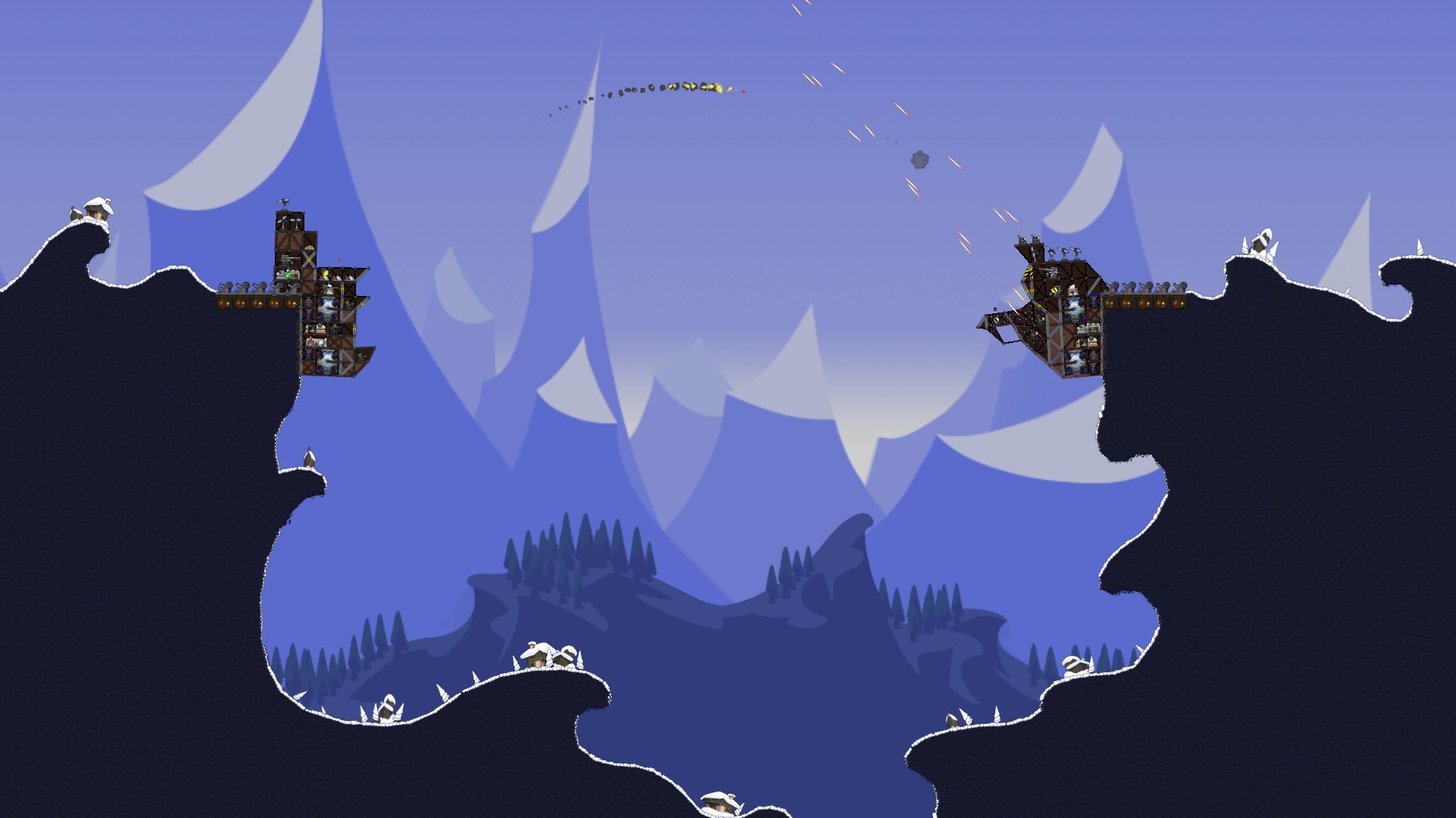 You probably know you can cross-brace to increase the strength and rigidity of your structure by making an X shape in your boxes. You might not know that doing this before your fort takes additional weight makes it much more effective, especially near foundations. It helps distribute the weight evenly between struts so there isn’t one overly stressed. Doing this early in a game can pay off well at the end when your fort is heavy and taking blows. You can also add extra foundations to spread the load between more struts, although these can be a costly set back at the start.

Good luck and give them hell!