G’day, Forts Fans! This week’s update features a new 1v1 map and a mixed bag of fixes and balance changes.

Spook’s informant network has improved as she can now report on the last device or weapon the selected enemy has built. Use her magnifying glass to change the focus.

We’ve also made it easier to make and install player maps; the list files are gone so you only need to copy in the folder. Map authors can add their name and a description to their mission script. These strings contain wide characters to support non-English text. See the -template- map for an example.

In the pro-tip last week we mentioned you could attach multiple ropes to the same peg. Ironically, the same update introduced a bug which prevented you doing this! Fixed now.

As a bonus we’ve made the campaign maps playable in Sandbox. Have fun.

Hotfix 2017-07-08c fixes a crash on startup in some situations and moves Missile Gap into the Prebuilt list. 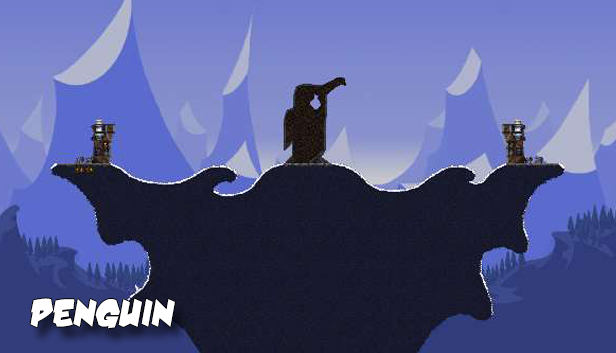 High in the Siberian mountains, the Black Penguin Oil company has erected a monument to their greed. This structure acts as a de facto truce period, allowing each commander to build up their tech and defences, until combat ensues once the penguin has been destroyed. Or until someone builds a mortar.

In addition to selecting materials from the HUD, it is possible to pick them directly from your fort. Left-click on any material and the selection you are building with will automatically change. Additionally, if ‘keep device selection’ is enabled in the options, deselecting a weapon or device will keep that weapon or device as the next building option, allowing players to quickly duplicate them. Right-clicking will clear the selection.

Thanks for playing Forts, and don’t forget to sign up to the next tournament, if you want to test your mettle against the best in the world, and become the fourth Supreme Champion!