G’day Forts Fans! We’re back fresh from our stint exhibiting Forts at PAX Australia, with a brief update, and a report on our successful weekend.

As some of you may know, Forts was nominated at the AGDA awards, along with sixteen other great Australian developed games. Gathered at the front of the hall with the other nominees, and after another couple of games had been honoured, the host started describing the winner of the next award. Slowly it dawned on us that she could only be describing Forts. Sure enough, Forts was proclaimed the winner of The Best Defence is a Good Offense award, and we went up to collect our prize. It was great to be recognised by our peers in the Australian games industry and to share our moment of triumph with them. 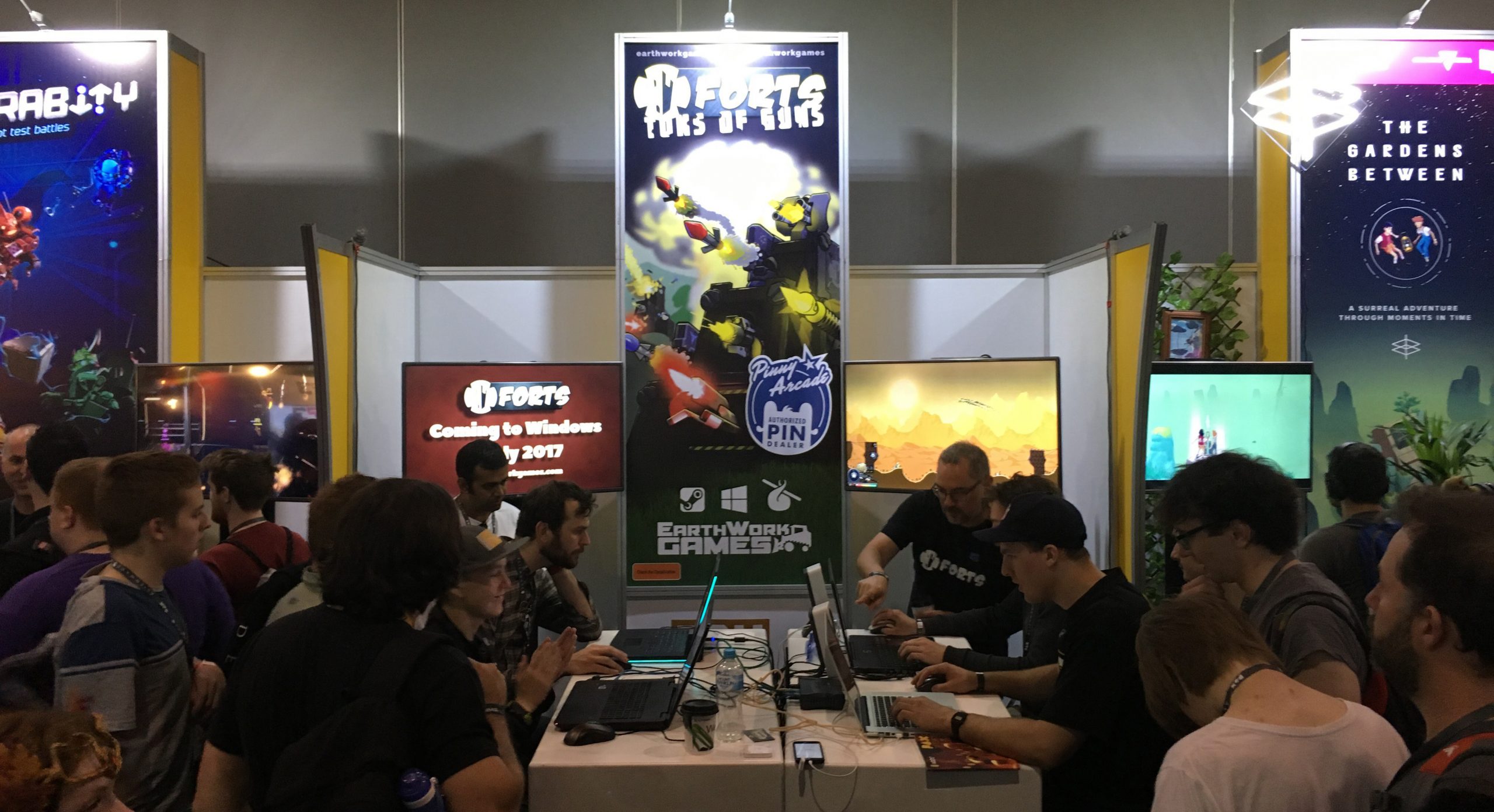 After such a great start to our week in Melbourne, we then proceeded to exhibit Forts for three days at PAX Australia. Forts – Tons of Guns got a great reception there. It was nice to be able to demo the game without our lives depending on it, for the first time. We met many new fans and some of you who had already purchased and played the game. All in all, a great week was had.

Thanks for playing Forts – Tons of Guns!